How it all started

Asiatracks is the result of 25 years traveling in Southeast Asia

From Indonesia to Southeast Asia

How it all started

In 2013, we started off with Indotracks: a tour operator specialized in tailormade trips to Indonesia, based on our personal travel experiences. The next step was Asiatracks! Not only did we spend a lot of time in Indonesia the past 25 years, we also travelled extensively through the other countries of Southeast Asia: Vietnam, Laos, Cambodia, Thailand, Myanmar, Malaysia and Singapore. Throughout these countries, we developed a personal network of local tour operators, drivers and guides; these are the people that nowadays help is with designing and organizing our tours. The main vision of Asiatracks is still the same: individual and tailormade tours, with a strong local, active, cultural and sustainable base.

Emile Leushuis left directly for Indonesia, after graduating in 1991 in social geography, to work as a tour guide for a Dutch travel organization. Since then, he has worked for several travel organizations, both as a tour guide (throughout Southeast Asia) and in the office (creating tailormade programs and tours). He spent extensive periods of time in the region, and as a result is very familiar with its countries, cultures and people. In 2011, he published a book about his other passion: shared Dutch-Indonesian heritage in Indonesia (Gids historische stadswandelingen Indonesie).

After working for the Dutch Public Broadcasting Service for several years, Nettert Smit set off on a long journey in 1999, packed with a backpack. After wandering through various Asian countries, he arrived in Indonesia after more than a year. And he did not want to leave. In 2001, he started working there as a tour guide for long periods of time. Besides Indonesia, he also gained a lot of work experience in other Southeast-Asian countries. Journalism has faded into the background, but now and then he still contributes to Public Radio as a freelance journalist.

What never stops to amaze us in Southeast Asia, is the authentic culture, the enormous diversity of peoples and the impressive nature. Every country and every region differs from the other and you are never done travelling in this area. Through Asiatracks, we would like to pass on our fascination with the region to our clients. Do you dare to go on an adventure?

Asiatracks aims to offer programs that are of real added value to your travels through Southeast Asia. We want our travelers to really get to know a country. That is why we are a big fan of small scale, individual, tailormade and slow travel. Our programs should give travelers a real experience and should also have as much as possible, a positive impact on the local economy, local culture and the natural environment. Asiatracks cooperates with local agencies, that we have personally known for years. Communication lines are therefore direct and short, and a lot of personal attention is paid to creating and organizing our programs.

How does it work?

On our website, you will find sample programs and optional activities. These will give you a good idea about travel possibilities in a country. Next, we will discuss with you your personal wishes and use that to create a unique travel proposal. Every trip turns out to be different! You could visit us at our office in downtown Amersfoort, to brainstorm for an hour or so about your trip. Or we could discuss things by phone or email. You will receive the travel proposal, complete with background information and lots of pictures. We can finetune that proposal until we have an individual program that is exactly what you want. From then on, start counting the days till departure! 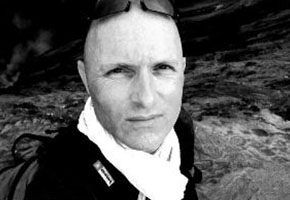 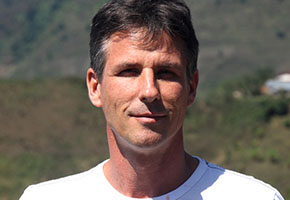